It appears that the folks at the ALIEN RPG have latched on to the “Middle Heavens” prop famous from a behind-the-scenes set photo from the map table in the aft section of Nostromo’s bridge.

The “Middle Heavens” text came from a 1970s-era Philip’s Chart of The Stars and is presumed to have been used for its technical appearance rather than any pertinence to the Alien universe.

At any rate, here is a glimpse of the map: 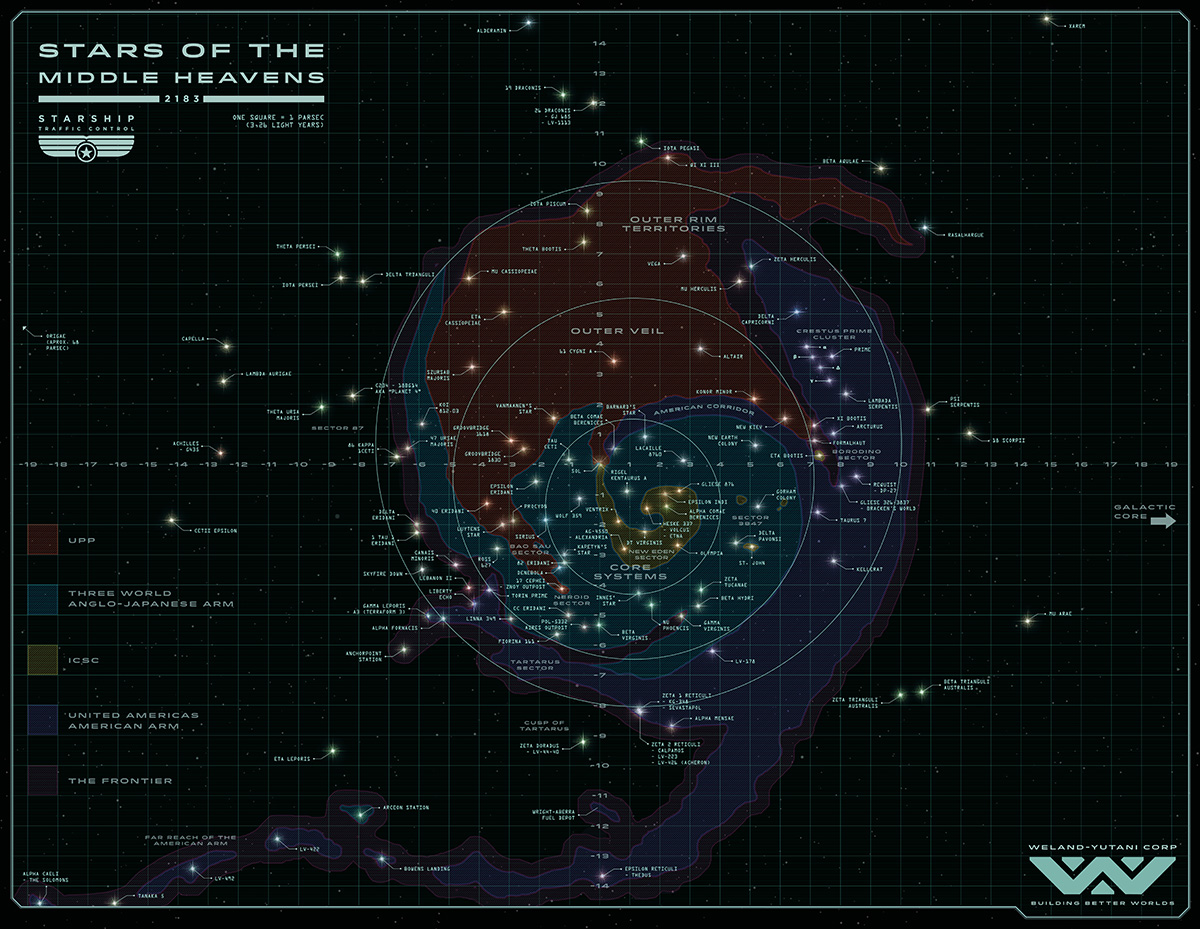 Resources on the Network