The best I can recall, I first saw the detailed sculpts of Dayton Allen (aka Sith_fire30) in the fall of 2013. He’s been surprising his Followers with new creations ever since then!

I was introduced to his work with this reproduction of the aft bridge bulkhead of the Nostromo, with a figure of Dallas against the backdrop of all of that circuitry and cabinetry: 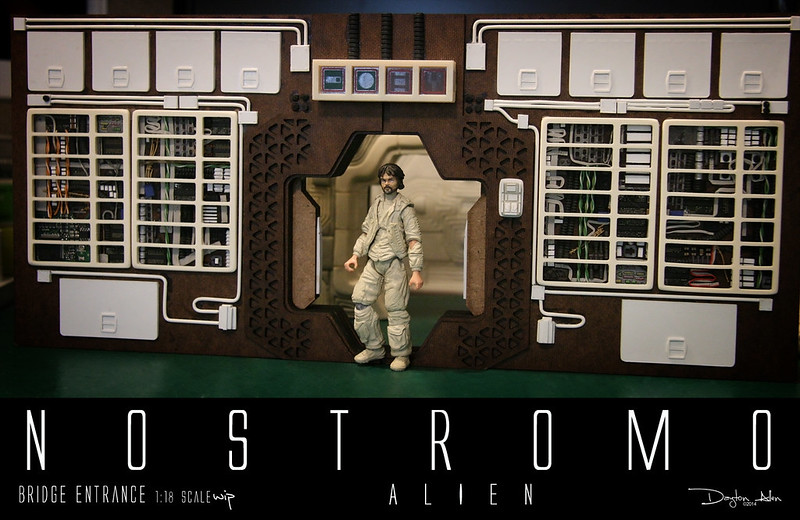 Dayton has been sculpting for years, and his work covers subjects beyond the first movie.

If you’ve read anything about the junk-buying extravaganza that went into the set dressing of the Nostromo, then you will certainly appreciate the time it takes to make even a reasonable approximation of all those wires, hoses, and other electro-mechanical junk used by the art director, Roger Christian, and set decorator Ian Whittaker to make the spacecraft interiors.

Dayton’s work is characterized by close attention to detail, an good indicator of the extensive research he does before tackling a project. Often you will notice something on his sculpts that you never noticed before on the original subject.

The photographs he has taken inside his dioramas are eerily like scenes from the movie, intentionally reproduced to great effect.

Dayton is also one of many collaborators at Propsummit.com that contribute ideas, photos, work samples, and encouragement to others Nostromo-maniacs.

He posts his work at the Sith_fire30 Creations Facebook page and Sith_fire ALIEN 1979 Flickr album.  And it speaks for itself…

There are over 1,500 photos, so plan on a cryosleep nap in between binge-browsing.

For a great example of Dayton’s skills, compare these next few pairs of photos from his Facebook Page:

These stand on their own! 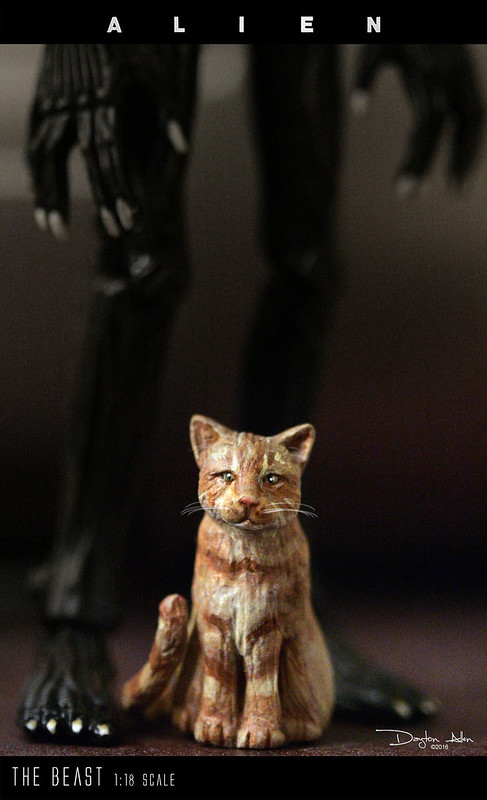 P.S.  For a quick spin-up-to-speed on the building of the Nostromo set, take a look at these articles:

Creating Nostromo, by Dominic Kulcsar, from the Alien Explorations blog

Space truckin’, by Johnny Kennedy, from the Strange Shapes blog