Donald Miller is my kind of guy: not only does he dig Nostromo model kits, he likes to craft diagrams to illustrate just how big she is.

I have not seen many scale drawings of the ship compared to real-world vehicles, but today I came across Donald’s comparison with Lockheed Martin’s workhorse of the sky, the C-5 Galaxy…

…in comparison with this monster:

So, how do they measure up?

Here’s what Donald has come up with, over at his Flickr photostream: 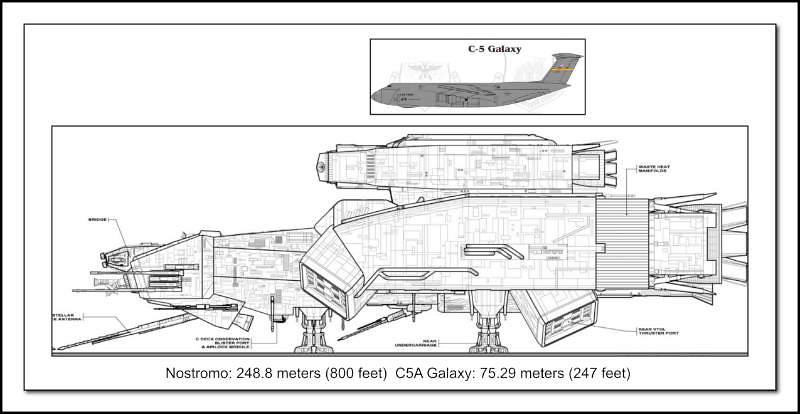 A look at the film and the C-5’s specs show us:

The exact dimensions of the Nostromo are debatable, but you have to start somewhere when you make these diagrams, and I think Donald’s done a nice job here.

Resources on the Network