John Eaves is a pin-up photographer and illustrator best known for his Star Trek work.  So how does a guy like him end up on blog like this?

Maybe because he is also a professional model maker I admire who has a connection to one of my favorite sci-fi spaceships:  the large Nostromo filming miniature.

But there’s so much more to his work than that, so let’s take a quick look at that, okay?

Once you start researching, you’ll be surprised where you’ll find his footprints.  (The man’s an artistic machine!)

Yes, John’s is the name that gets mentioned when, oh, say you need a new Starship Enterprise to replace the Galaxy-class.

That’s right, he designed the Enterprise-E and tells more about that in this article.

But getting back to the “why here?” question…

Having been a follower of John’s work for decades, I was pleasantly surprised to learn a few years back that he worked with Grant McCune Design, the team that brought the world the restoration of that grand old gray-lady herself, the 7-foot Nostromo filming miniature.

John has written several entertaining and informative posts about the work that I’d like to share with you. Half the joy of reading them is his style of writing.

Now that you’ve had your fill of me, I’ll turn you over to the capable narrative hands of Mr. Eaves.

Visit the links below to read more about the project. 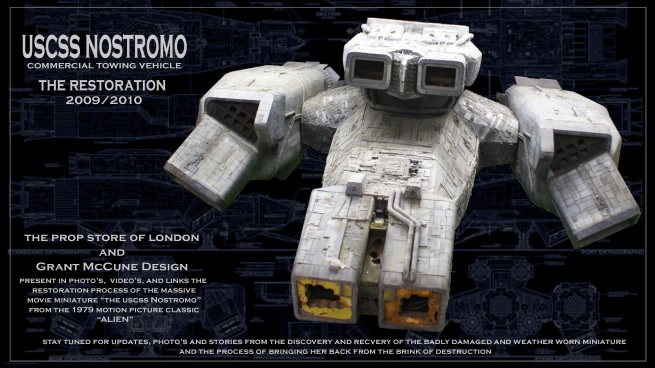 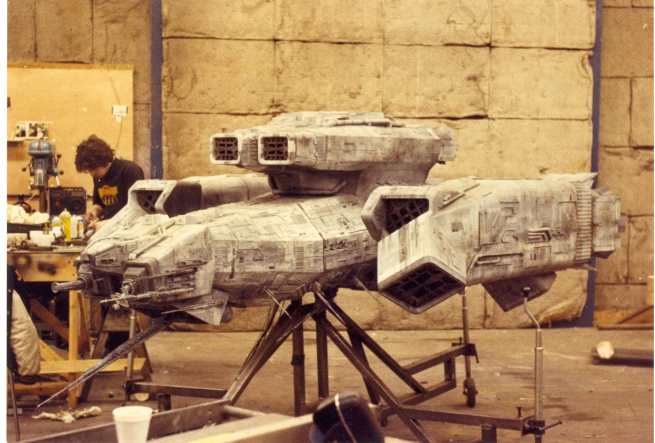 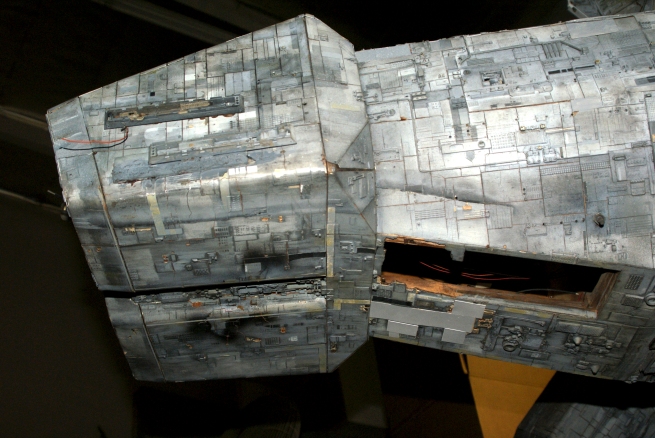 the nostromo, part 3, the final shots

When John found TNF‘s Facebook page, he generously shared photographs of his own (see The Nostromo Files Facebook photo galleries).

(I don’t know about you, but I could pore over them for hours…  so, I’ll see you later!)

P. S.  Before you think it’s easy to pigeon-hole John Eaves into the sci-fi slot, check out his photography website, where he displays his self-proclaimed “passion for pinup, cosplay, and themed shoots.”

Having trouble with a hyperlink? Report dead links here: